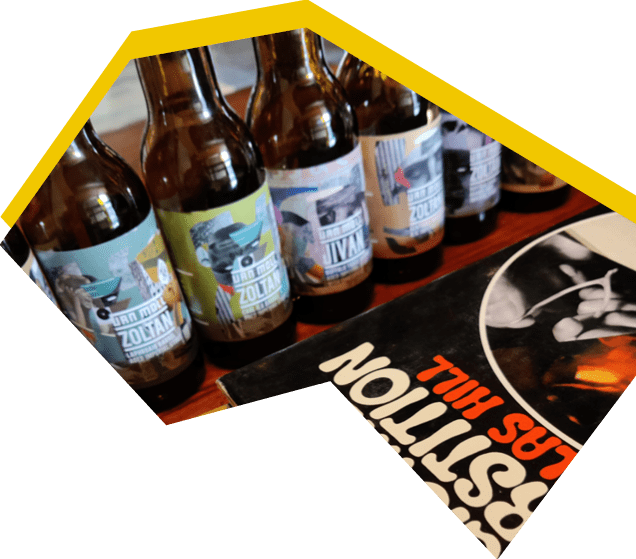 Behind the artwork: Zoltan

We have already dedicated several items to barrel aging and whisk(e)y for our Zoltan series. It’s time to talk about the artwork! With Teun Jansen, who searches through old books for interesting images for the labels of each new Zoltan edition.

From colleague to collage
How did you actually start making collages? “I went to art academy where I was mostly busy with drawing and painting. At one point I started burning CDs for a friend. Then I thought: yes I can keep this ugly plastic cover and scribble the name of the album on it, or I can make my own covers so that you store the CDs nicely with the rest of your collection. In the end I liked it so much that I made a project out of it: ‘cvr cvr’. I made a new collage cover for 200 CDs. In the end I also presented this in an old CD stand, like you had in music stores. This allowed people to look through them and rediscover the albums. At that time I also made posters for the Effenaar, I also started making collages for them. And I worked here at Van Moll, so at one point I told Erwin about the collages. My love for craft beer started here, so making the Zoltan labels is a really fun project. The same basic beer, and yet always something different. I also knew that several editions were coming, so I also thought, if Erwin is satisfied then this would keep me busy for a while,” Teun says. 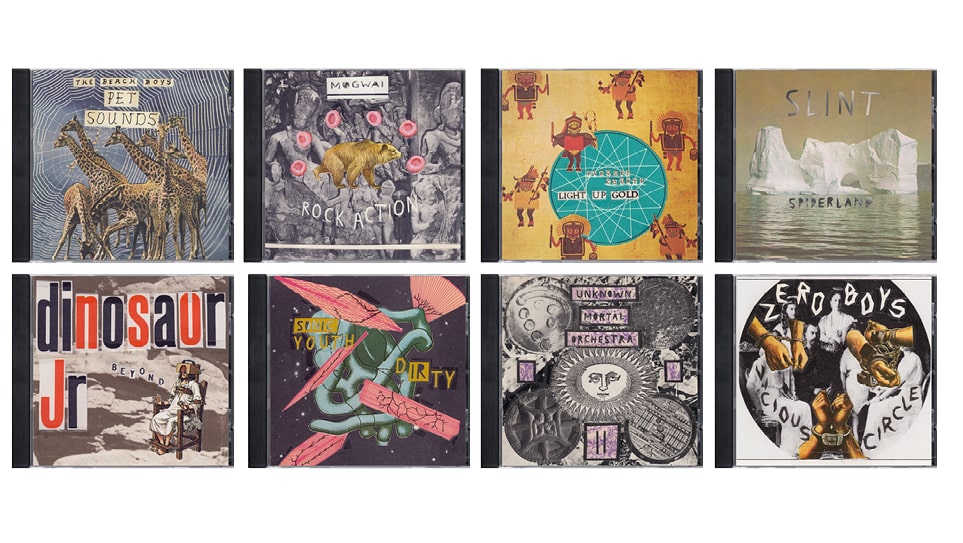 Evolution of the Zoltan labels
And there were more. We’ve already released quite a few Zoltan versions. But how does it actually work? “For the first Zoltan I started by making a collage. Because Zoltan is a basic beer that each time is aged on a different barrels, I take elements from previous collages to the next version. Every version has a unique appearance, yet still has elements of the previous one. Just like the beer. I now have some existing elements, which you can recognize from an earlier label, and I’m adding new pieces to these. I also remove things, such as the face that was seen on the first Zoltans. First I used it mirrored, then rotated. Then at some point it will be gone. Although I would love to have him make a comeback in a while. I keep all the clippings. This way I can bring back old elements. I’m curious if people notice this when they buy a bottle or are drinking and take a look at the label,” explains Teun.

Piece by piece
So that was the process for Tomintoul, getting started with existing elements? “It started fairly simple with the Bowmore and Kentucky editions, but around Coal Ila the collage became a bit too busy. Too many elements, so for Tomintoul I separated the elements further to create some peace again. I disassemble parts of the existing collage from the previous Zoltan, and I start to mix it up. I always keep clusters, so elements fit together. These form the collage. Elements from other clusters do repeat in other clusters, in order to maintain some unity. The biggest challenge is that the name of the beer and the style still come across my collage. So it must be readable, but I don’t always want to leave a white space between them. I take things away and add things. Until I’m satisfied. Then I scan the whole thing after which I determine the background colour digitally. That’s just testing and seeing if it works. When making the collage I already look at colours, but I am not yet working on the background colour. This only comes in post-processing. At Coal Ila I also started using a different background colour, to really make it clear that this was another new beer within the series,” Teun says. 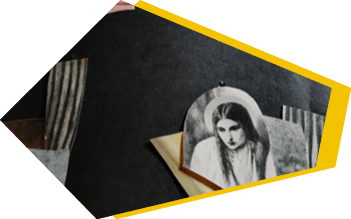 Bont circus
Where do the elements for the collage come from? “I always go to the thrift store and look for books there. From these I get all kinds of things for the collage. I like the books as old as possible, even yellowed. Books that are colourful, have many drawings or very abstract things. If you remove an element, it is no longer recognizable at all. And the books can be about anything. Now I have books on circuses, spirituality, human body and horror movies. At first I only went for art books, now I find these kinds of books much more interesting. Often I quickly cut a picture out of a book to see if it is something. With the thought that I would tidy it up afterwards, but often I leave it that way, the roughness. I especially like seeing a page number or an edge in a collage,” Teun says proudly.

From something, to nothing, to something
So outside the clusters you start blank? “You are working on it and then something is created. You can have an idea in advance, but it probably won’t turn out that way. Certainly not because I almost always work analogue. You can adjust a lot of things on a computer, I rarely do that. I work with what I have. Sometimes I also look for something in one of my books, but then I can’t find it. Then I have to solve it in another way. I look at what the books give me. That’s how the statue of liberty is, at least the face, in one of the first Zoltans, only nobody recognizes this. That’s the beauty of it, making something new out of something existing. It shouldn’t be obvious where it comes from. I have consciously chosen to always let something of a face or eyes come back. Something they looks at you and demand your attention. With Kentucky Moonshine there is an American flag in it, which is the only Zoltan with a reference to the type of barrel. That was the first time the barrels where not from Scotland or Ireland. A joke. Generally I do not work with  things that have to do with beer. Although, Jivan was quite different, I also looked more for an Eastern touch. Erwin also gave me an Indian cookbook on which Jivan’s flavours were based,” Teun explains.

And speaking of the Zoltans, what’s your favourite? “Highland Park, it was very tasty. Although I didn’t make the label for it. That one was still with an yellow ‘Z’ on the bottle, but if it comes back, I’d be happy to make a new label. It would be nice if it comes back,” Teun says hopefully.

We can let you in on a little secret: that’s a good idea of Teun! Expect a new Highland Park edition in 2023 😉