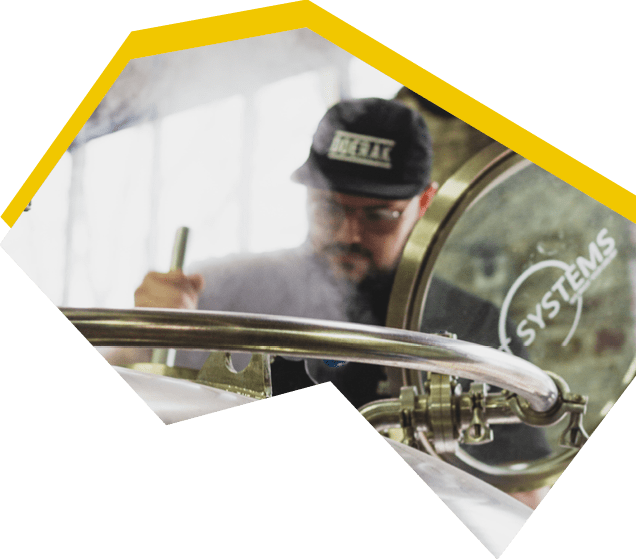 We sit down at the table with Quincy, bar employee and assistant brewer at Van Moll. We are going to talk about his beer Harstikke Lekker, his work and his love for beer.

Quincy x Van Moll
How long have you been working at Van Moll and what do you do? “Officially I have been working at Van Moll for more than four and a half years. I started by helping out with Van Moll Fest. At a certain point two people with a lot of beer knowledge left, then the question came up whether I wanted to work at Van Moll. Because I do have beer knowledge, I’m a beer nerd. When Janneke (former assistant brewer) left, there was room for a new assistant brewer. It took me a while to take on that role, but now I have been doing it for a while. In addition, I also became responsible for the beer orders at the bar. Which beers fit our menu, which are good in terms of diversity, which breweries should receive more attention, you name it,” says Quincy.

Beer love
A beer nerd…where does that passion for beer come from?
“Beer has never been my trigger, that was cooking. I have been cooking food since I was six, when I followed a safe cold cooking course. Later I was inspired by a chef, who when tasting a dish could name not only the herbs used, but even their quantities. Then I started developing my taste palette. First food, later wine and beer. Like many, I started with Belgian beers, then I started drinking craft beer and then something blossomed. In addition, beer is also a drink to share, it connects people and that is why beer has become my focus. Even though my in-laws still try to push me to become a wine sommelier. Which could be an option, but I’d rather be involved in the process. I want to keep moving, so to be involved with the flavours myself and not just talk about them. Although I really enjoy giving tastings at Van Moll, I may continue to do something like that. I find sharing knowledge and freedom of tasting interesting, not everyone tastes exactly the same. In the wine world it is a bit more fixed, there you can only taste what is in it. In my opinion it is different with beer, associations are never wrong,” explains Quincy.

There is no arguing about taste
So you acknowledge what someone discovers, even if it can’t be there? “Well, if someone tastes chocolate in a wheat beer, I’ll scratch my head. But if you taste lemon in something and for me it’s orange, I can’t blame you. Many flavours and flavour profiles are close. And that doesn’t even mean that the ingredient is really in it, it can also be from a hop variety, for example. These are not often put on the cans, especially not in the Netherlands. If it was on it, I’d skip some beers. For example, I am not a fan of Sabro, beat it with your coconut in my IPA. My favourites are Simcoe and Idaho-7. Simcoe is very accessible and resinous, Idaho-7 is a bit tropical again, papaya and mango. Which for some people may taste like bubble gum. You can spoil the fun for yourself if you know a little too much about it, if you avoid things or if you are too busy analysing and no longer experimenting. Some people also drive me crazy when I bring up flavours, styles and breweries again,” Quincy says.

“For me personally, it’s also one of the reasons why I almost don’t use Untappd anymore, or at least don’t fill in the ratings. It hindered my drinking pleasure, for me it must be about discovering and having a nice drink together. No numbers. So don’t just buy beers with a rating of 4 or higher in the bottle shop with your Untappd list, but start looking for your own tastes and wishes. You used to be happy with a six in high school. For all kinds of reasons, a beer may not be good for one person and for another it may be. So give something lower a chance if the taste appeals to you,” adds Quincy.

Favourite beers
As an assistant brewer you have of course brewed a lot of beers, which are your favourites? “I liked my Brett Pale Ale ‘Funky Drummer’ which we brewed in the brewpub. 150 litres of pure Brett fermentation, which lasted a very long time and was very funky. Unfortunately I only had a test glass of it myself, the beer ran very well and was finished faster than expected (luckily it will be back this year 😉). At the places where it was on tap, I always missed it by an inch. Treacle Treat was really nice too, especially because it had so many ingredients in it; figs, treacle, coffee and orange peel. An awful lot of work, but so much fun to do, balancing those flavours made it a challenge. Amber Ella a little more recently, was also a lot of fun, a simpler style but good in its simplicity,” says Quincy.

Harstikke Lekker
All beautiful beers, but tell us something about the newest beer…
“Harstikke Lekker, that’s something I really wanted to do for a long time now… something with resin. Especially after Nepomucen (Poland) was featured on Bier & Big, they had some nice beers with pine tops and pine resin. Then I thought, I also want to brew something like this. Erwin enjoys wine and mentioned Retsina, a Greek wine with Aleppo pine resin as an ingredient. Then we ordered that resin, not yet knowing whether it should be a black IPA, a sour or something else. That resin had to be in there, and enough of it. We’ve added some lemon to freshen it up and give it a natural acidity without the yeast. The resin makes the beer bitter and spicy, so we added lemon to avoid a Turkish bath. In addition, the Philly Sour is a fresh sour yeast, which first produces lactic acid and then changes to alcohol fermentation and depending on the amount of glucose in your beer, it becomes more or less sour. So with us it’s a bit less acidic and that lemon adds some complexity,” explains Quincy.

Houdoe en bedankt (Dutch saying meaning: goodbye and thanks)
It’s also your last beer… “Yes, because I’m leaving for 100 Watt. I want to focus even more on brewing, here I am also busy with orders and other matters in the bar. So it was time to move on, time to start brewing full time. They brew a bit more tightly there than what we do here at Van Moll, but I’m sure that I can use  my creativity there too and learn a lot. Really participate in the complete brewing process, interim testing and checking, dry hopping, fermentation, carbon dioxide. I didn’t get that here because Erwin does that, then I was back in the bar. So I’m looking forward to working on that. And I’m really curious about the Euforie recipe,” explains Quincy.

What will you miss most about Van Moll?
“Nothing, because I will be visiting here very often. Before I worked here, this was my second living room, hopefully it will be again. Festival work, I’m going to miss that. Van Moll Fest, but also going to various festivals, letting people taste the beers, making contact with other brewers… that whole world. But maybe I can also pick up on that at 100 Watt. I also really liked organizing tap take-overs and it was great to see that people come from all kinds of angles, they come especially for the beer. I thought the best one was Mad Scientist together with Aslin, a coincidence, something with a double schedule… That’s why we put down extra taps and the turnout was great. I’m going to make up for it here at the bar. Or eventually somewhere underneath it,” Quincy adds with a laugh.

We wish Quincy a lot of success and he’s always welcome in our living room!

Van Molls Friends Book & Quincy
My favourite beer is… hard to choose, there are so many! My favourite beer style is in any case Geuze. But if I had to choose an all-time favourite beer, it would be Hefriga from De Kromme Haring.
My favourite animal is… a Bernese Mountain, big friendly cuddly bears!
I get up early for… a good bike ride, or to brew beer. Otherwise I’ll stay put.
I laugh the loudest at… stupid actions by friends, the best entertainment is glee.
My guilty pleasure is…a coffee milkshake with pieces of bacon from the Five Guys.
My favourite music is…drum and bass, preferably in the jungle. I can really enjoy Coco Bryce’s tracks.
On my bucket list is still… flying wingsuit, but first I think just skydiving…
My greatest talent is…is endless, sometimes to the boredom of others, talking about beer.
Hardly anyone knows that I…nothing, I’m an open book 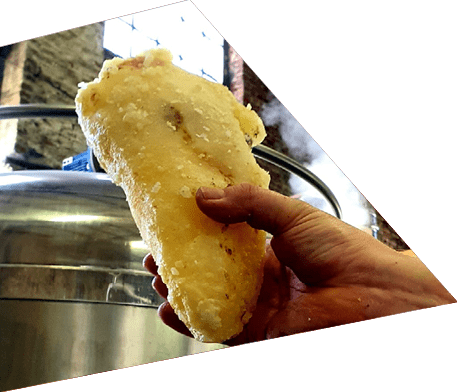