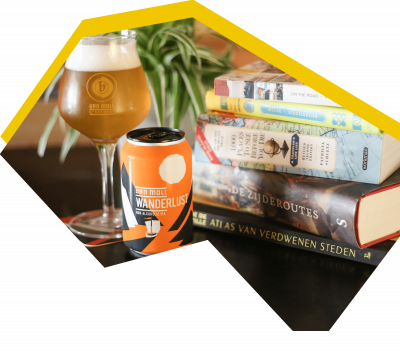 We dived head first in a pile of books for the best beer and books pairing. Yes, books & beers!

Books that make you thirsty for Wanderlust
So many choices, it’s a bit like choosing a holiday destination: stressful. That’s why we recommend not 1, not 2, but 5 books:
– On the road (Jack Kerouac): about the adventures (on the road) of the beat generation.
– Siddhartha (Herman Hesse): about the spiritual journey of Buddha.
– 1000 places to see before you die: a checklist for the wanderlusty among us.
– The Silk Roads (Peter Frankopan): a book that gives you a completely new look on world history.
– Atlas of the Lost Cities (Aude de Tocuqueville): about places you can’t visit anymore, cities that once were but have vanished.
A real explorer reads them all 😉

Langharig Tuig read this!
Our King Kong (just take a look at the can) is accompanied by a complete Jungle Book. Yes, you could also watch the movie(s) of this classic, but we recommend that you read the book. Delicious with a glass of Langharig Tuig!

And a  shout-out to the origin of Langharig Tuig with a Death Metal book. The beer was created in collaboration with our Eindhoven metalheads. Rock your long hair (watch out they don’t get in your Langharig Tuig)

Dive into Doerak
A real Doerak is extravagant, enjoys a party and tells the most beautiful stories. So three books that honour all three!
– Catch 22 (Joseph Heller): Takes you on a magnified, absurd story about warfare and capitalism.
– The Haçienda, how not to run a club (Peter Hook): A very funny book by one of the members of the band New Order, recounting the story of one of the most iconic dance clubs, their club: The Haçienda in Manchester.
– Net niet verschenen boeken (Gummbah): Takes you into the most unlikely, random stories ever written, but never published.

Written with Toewijding (devotion)
Sometimes, we are just unable to choose. Of course, Moby Dick belongs to Toewijding. The almost endless hunt for the white whale takes centre stage on our can. And yet we are also charmed by the stories of Don Quixote and his dedication to his own created delusional world. Or Walden, where Thoreau perfectly describes his devotion to an almost hermitage in the woods. Or the writings called Meditations of the Roman Emperor Marcus Aurelius about his wise life lessons, which still apply to current situations. The one with real dedication reads them all!

True Triple Trouble
There can only be one winner here. The perfect book pairing is of course the Beastie Boys book. This hip-hop trinity features on the can of our core range triple. A book that is a must read (certainly if you are a fan). It’s called ‘One of the greatest music books ever published’ for a reason!

Wonderful worlds with Wodan
For Wodan we dive into the world of the Norse Gods. With Neil Gaiman to be exact (also known from Coraline and American Gods). This book is about Norse mythology and tells colourful stories about gods, dwarves and giants. Take a sip and immerse yourself in fantasy! 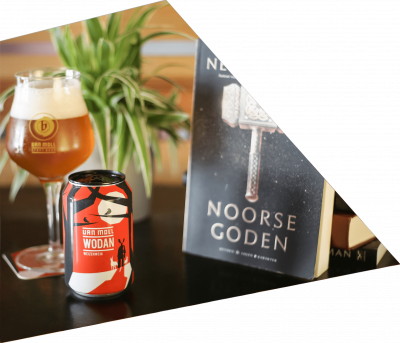 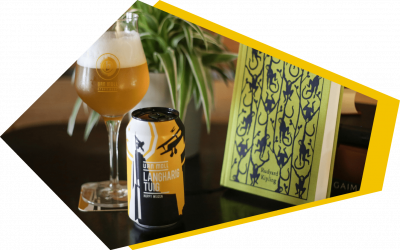