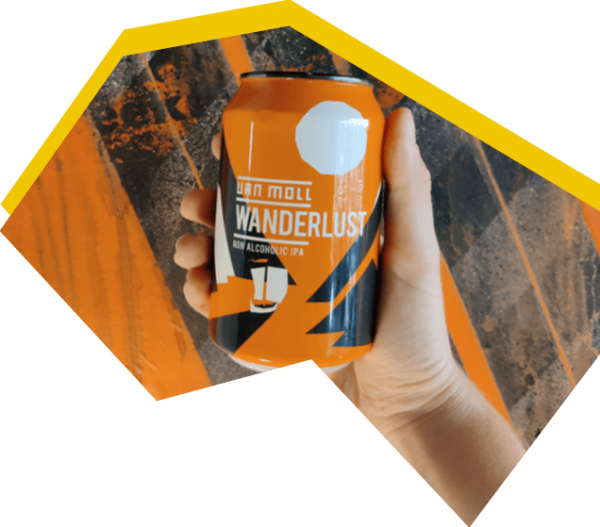 This month is all about Dry January, time to dive into the world of alcohol free and low alcohol beers! Because it’s not anything like s sweet soda anymore. We consulted Rick Kempen (beer ambassador at Bier&Co) for an explanation. For once and for all. Well, sort of…

Non-alcoholic beer, it’s in the name
Or not… In the Netherlands we use the terms 0.0%, alcohol-free and low-alcohol. They also use these terms abroad, but beware: they have completely different rules. We’ll dive into the Dutch beer market first. Here we (can) call beers with an alcohol content of no more than 0.1% alcohol-free. What? Yes, that is because alcohol always arises during the fermentation process of beer. This way there can be leftovers. Fortunately, drinking alcohol-free beer only has a small concentration of alcohol, which your liver processes easily. Did you know that even natural fermentation produces alcohol in normal products such as orange juice or bread? That cannot be prevented. The (Dutch) law therefore prescribes that products containing less than 0.5% alcohol do not have to put this on the label. Why does this have to be with beer? Well, because beer is known as an alcoholic drink and the rule applies that we must indicate if it and how much alcohol it contains.

Alcohol-free or not?
But is my beer alcohol-free or not? In the Netherlands, brewers go up to 0.1% for non-alcoholic beers. When we talk about low-alcohol, the maximum is 1.2% alcohol. And a 0.0%, is this really alcohol-free? Well no, the term 0.0% can be used with a percentage of less than 0.044% alcohol. If you are at 0.045, you are still talking about alcohol-free, but you are not allowed to claim 0.0%. As mentioned, this is Dutch law.

In the rest of Europe (and the world), these percentages differ widely. Where we talk about alcohol-free at <0.1%, in most other countries this is about <0.5%. In France they even go to <1.2%, which for us is the limit of low alcohol(!). In several Southern European countries, <3.0% is still seen as low in alcohol. It is therefore especially important to take a close look at the actual percentage when you buy a non-alcoholic or low-alcohol beer in or from abroad. There are no European rules for this. If the beer is brewed in Germany, they adhere to those regulations, even though you can buy it here.

Free conquers the beer market
One in fourteen beers that people drink are alcohol-free/non-alcoholic. Alcohol-free has been on the rise for years when it comes to consumption and new types of brews. This development will only continue, certainly due to the number of craft beer brewers that venture into different alcohol-free styles. The interest in alcohol-free or low-alcohol beer is growing mainly due to the fact that it is now really established (yes, it’s no longer uncool) and reducing alcohol consumption (a conscious, healthier choice) also plays a role in this. This makes sense, given our reason for this article 😉

Brewing non-alcoholic beer?
To make alcohol-free or low-alcohol beer, the brewer can follow several processes with the main processes being ‘dealcoholisation’ (filtering/distilling) and ‘limited fermentation’ (breaking down the fermentation process/using a specific type of yeast).

1. The filtering of beers after fermentation, whereby the alcohol is removed from the beer at a later stage. The beer is thus fully brewed and later filtered. This technique (commonly used in Germany – such as Weihenstephaner) uses reverse osmosis. The beer is passed through a membrane through which the alcohol cannot pass. The disadvantage of this process is that also the aromas can be lost. So in Germany, after this process, they also add a little bit of ‘normal’ beer (with alcohol and aroma) for taste, which often results in around 0.5%, but often just a bit lower.

2. Distillation, where the aromas are removed from the beer during dealcoholisation and are later returned to the beer. We call this vacuum distillation. By putting the beer under high pressure, alcohol already evaporates at 15-18 degrees, so that fewer aromas are lost. But above all, no unnecessary taste change occurs that you would have if you let alcohol evaporate at 78 degrees. This process is repeated again with the aromas being distilled from the alcohol and added back to the brew. This technique is mainly used by large breweries such as Heineken and Bavaria. The space and equipment requirements for this technique mean that this is not possible for smaller craft beer breweries.

4. A specific type of yeast, also called non-alcoholic fermentation, uses a yeast that produces almost no alcohol. Also, a lower temperature than usual is used during the fermentation is used. This causes the yeast to be less productive and produce less alcohol. Because the brewing process is closer to brewing beer with alcohol, the typical beer taste is more present than in other brews.

We brew our Wanderlust with an alcohol-free fermentation, with a different type of yeast to produces almost no alcohol. This is a fairly new development that is now used more often. This ensures that the alcohol-free beer has that good beer taste.

And how does it taste?
There is, of course, a matter of taste. Yes, alcohol is an important factor when it comes to taste. Alcohol has a reinforcing factor on smell and taste. It also provides a sensation, a typical mouthfeel. So sadly it will never taste the same as ‘regular’ beer. Fortunately, beer brewers are getting better at brewing a non-alcoholic beer and are brewing many more non-alcoholic styles. You see a lot of alcohol-free IPAs, sours and even porters entering the market. Open one and judge for yourself. Cheers!

You can order our non-alcoholic IPA, Wanderlust, via the webshop! 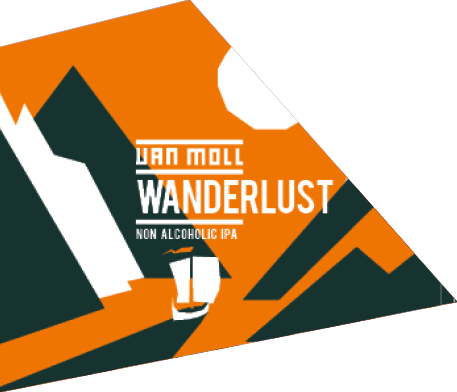